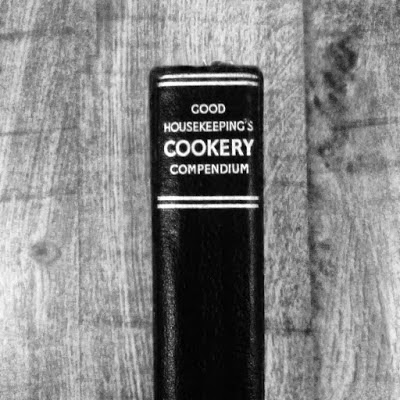 I did five recipes in the last GHCC Challenge.  Of those, two were complete and horror filled failures. I’m therefore struggling with being on day seven with nothing overly terrible. As a glutton for punishment, I was determined to change that. 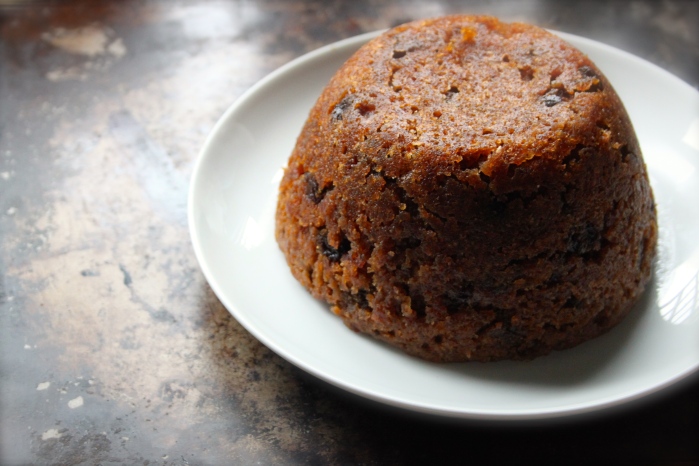 I leafed through the pages, faster and faster, for a pudding.  I came across the Six Cup Pudding and it’s ingredient list. Big neon flashy lights went off; we had a winner.  The six cup part comes from six of the ingredients measured in a teacup.  First issue, we use mugs.  I had to dig this fancy fuck out of storage. 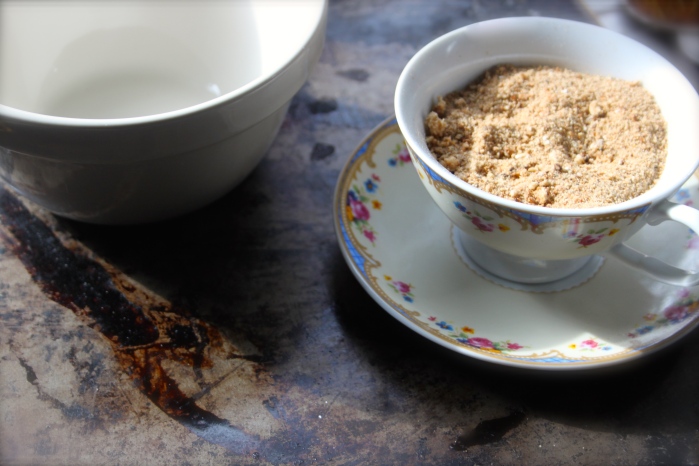 This recipe has breadcrumbs, suet (YAS!), flour, jam (a whole teacup of jam), milk and raisins. Then a couple of little extras like bicarbonate of soda and sugar.  Jam flavour isn’t specified, I used strawberry; which made the batter look like fizzy pink cat vom thanks to the bicarb. 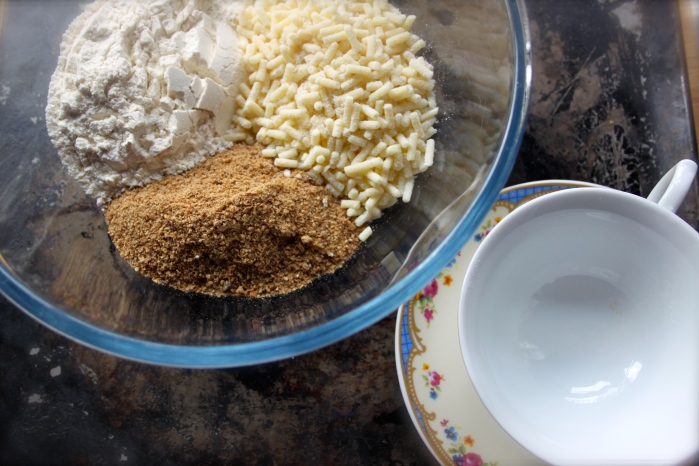 You steam the pudding for two and a half hours. It smelt like warm weetabix here for at least two hours of that. 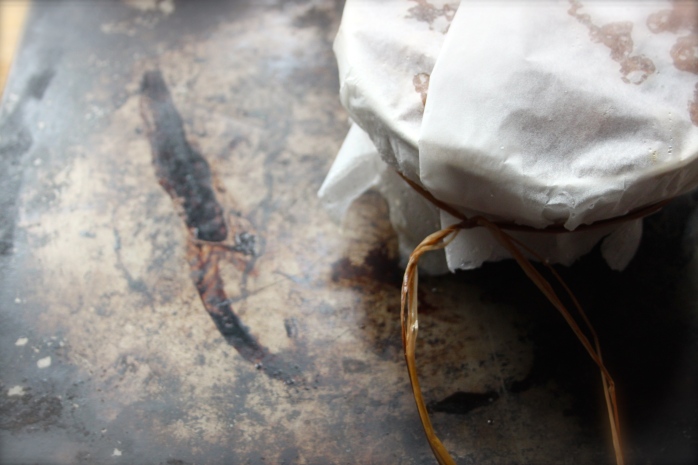 It slipped out the pudding basin in one piece which initially I praised my pudding basin greasing skills then I poked it (because that’s what I do to suspicious food).  It was greasy from the suet.  I gleefully grinned to myself.  I had broken the chain.  I had created something terrifying.  It sat on the plate, steaming off a weird bready-jam smell.

But I wanted to make it worse. It needed to be made worse. It suggests serving with a custard or a jam sauce.  Fresh out of jam thanks to adding it all into the pudding, I decided to go off piste.  I decided to make Mock Cream. 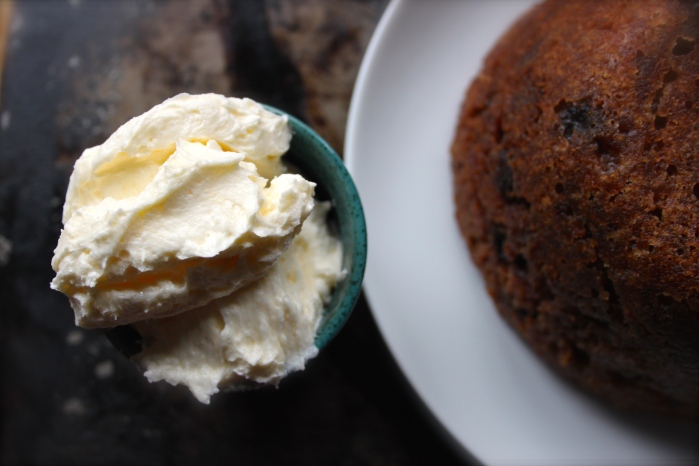 Mock Cream, in itself, is a terrifying phrase. I scanned the ingredients and method, butter and caster sugar creamed together.  Then you beat in a little boiling water and then beat in ice cold milk.  I started off creaming the butter and sugar together.  Then I transferred it into my stand mixer because I’m massively lazy.  Dripped in the boiling water and then dripped in the milk. Suddenly it went from wet looking butter to fluffy white fake cream.  I lifted the whisk attachment.  Poked it (see above re: poking suspicious food). 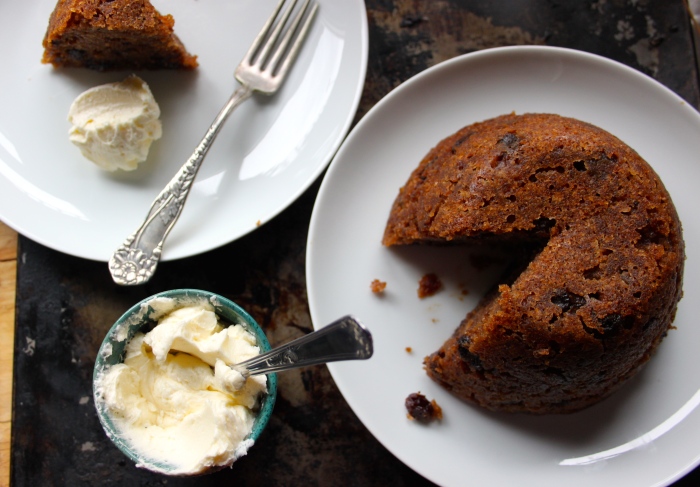 I snatched a knife out the drawer and cut a slice of the pudding.

And that tasted good as well.

Taste? Pudding: Surprisingly good.  Was a little greasy from the suet.  I expected it to be heavier but it was actually quite light.  Considering that two of the cupfuls were sweet (jam and raisins) it didn’t taste overly sweet.  Mr Honey & Dough mumbled through a mouthful that if it had ginger in it, it would have been better.  He was correct. Mock Cream: Tasted suspiciously like real cream but it was fairly obvious that it wasn’t actually cream. Little gritty from the caster sugar but can understand the appeal. Mock Cream has to be used on cold dishes, or else it melts into buttery goo.

Difficulty? Both very easy.  Minimal mixing for the pudding and Mock Cream was super easy when making it in a stand mixer.

Make again? Whilst I was surprised at both of these, no.  Maybe I’ll take a little inspiration from the pudding though.

Learn anything new? Don’t actively go out to make something terrible.  It will backfire.  Backfire into your smug 2015 face.

Alterations? None.  Apart from making the Mock Cream in my stand mixer.

The recipe for six cup pudding can be found on page and the mock cream can be found on page of the GHCC.  You can read all about this challenge by clicking here; but I’m also going to do a round up post tomorrow of everything in the Good Housekeeping’s Cookery Compendium Challenge.